End-of-line testing is an essential step in the production process to validate the functionality of units near the end of the production line. Defective products or those not matching manufacturing tolerances must be rejected before the products are shipped. To shorten production cycles, automatic testing increasingly replaces manual inspection performed by human operators. A unit under test is exposed to a stimulus and its response is recorded by different sensors. The resulting multivariate time signals are analyzed for defect identification and classification.
The goal is to bridge the domain gap between simulated and measured unit responses, such that a classification algorithm learned on simulation data can be applied to new (unlabeled) real-world data from sensor measurements. The units under test are electric motors, whose current dt. Strom signals are to be used for a defect classification. The transfer learning problem is characterized by a shift in the input domain (i.e. simulated vs. measured signals of the same motor) while the analysis task remains the same (i.e. classify the defect). The data are multivariate time series that are simulated/measured across various operating conditions. For defect-free motors, both simulated and corresponding measured signals are available. For defective motors, however, only simulated time series with corresponding defect labels are available. The lack of real-world training data for defective motors raises the need to learn from the simulated data a well-performing classifier that can be applied to real-word measurements. 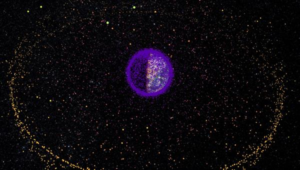 Description: The increasing amount of space debris in earth orbit poses a growing threat to space travel. Therefore, it is very important to know where space debris is located in orbit and whether there is a possibility of collisions with satellites or space crafts in operation.
The goal is to develop a VR software that visualizes orbital objects. The prototype should facilitate the evaluation of possible collisions of objects and support the decision whether, for example, a course correction of a satellite is necessary. However, the determination of the position of objects in orbit is associated with uncertainties. Various influences on objects in Earth orbit, such as the interaction with the atmosphere or variations in the gravitational field, lead to a deviation between the actual position and the position calculated from the observation data. 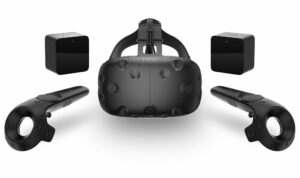